It`s taken me quite a while to get over to eat at The Raby Hunt near Darlington but i`ve finally managed to get my backside over there to sample the delights of `self trained` Chef James Close. The restaurant is pretty isolated and only has the two rooms so if you`re planning to eat there then it`s probably best idea to stay in Darlington which is roughly a 10 minute drive away. I stayed at the Houndgate Townhouse , very well priced  , squeaky clean and an amazing breakfast. The Raby hunt has recently been awarded its first Michelin star so it`s fair to say that with only 30 covers the bookings are now pretty hectic so book well in advance. There`s only the one choice when it comes to the food and Chef Close`s 10+ course Tasting menu currently costs £80 per person.  The wine flight to accompany this menu isn`t cheap and at £150 for the two of us it was simply way over the top. We just chose a few select wines by the glass which was the more sensible option. As a bit of a Philistine when it comes to Wine , I could never really  justify spending such an incredible amount on a few glasses of a tasting flight.

James explained to me that he had ended up in the Raby Hunt after being forced to make a major choice in life. Up until 6 years ago he was working as a professional Golfer and after realising that he was never going to be in the money he decided to have a career change. He happened to like cooking  and so Mum and Dad bought the Raby Hunt Pub and James would be the head chef there. Chicken and Leek pie , Steaks and Fish n Chips were the customers firm favourites but after a year or so Chef got bored with it all and decided to jump into the deep end and change it all around to a fine dining establishment.Once again he would be the Chef –  with no experience of fine dining….OMG.

62deg LINDISFARNE OYSTER – I really dislike Oysters but  i`ll keep on trying them every time they`re on a menu. This one was cooked gently at 62 degrees so firmed it up quite a bit. I finished it off but Oysters in any shape or form just aren`t for me. 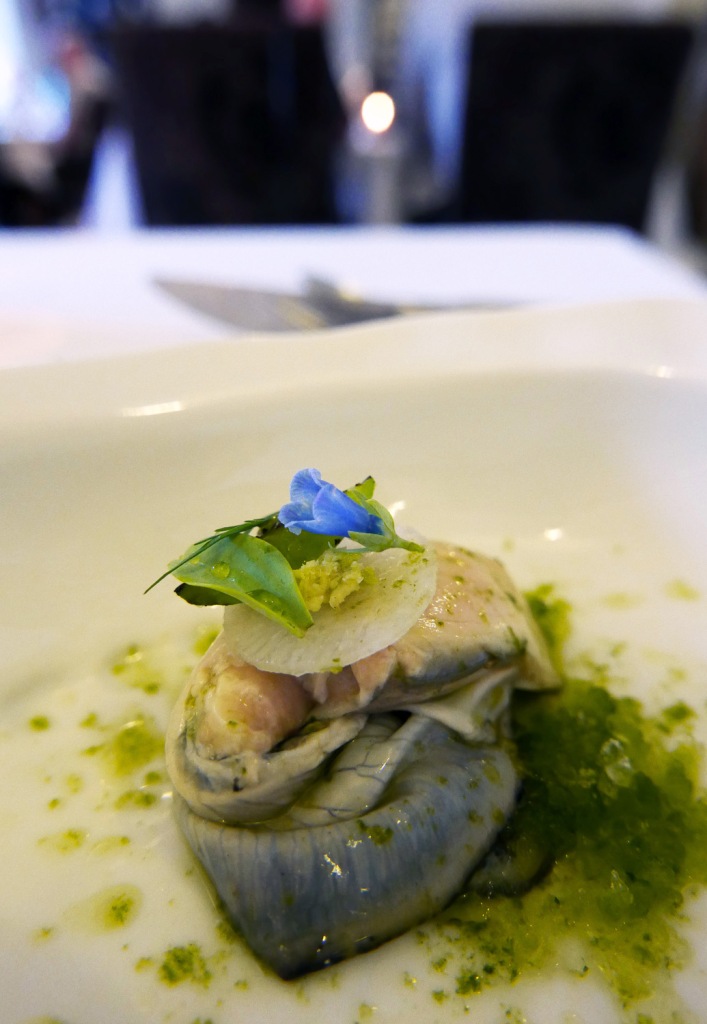 RAZOR CLAM , ALMOND , BROWN SHRIMP, CELERIAC – This one is a regular on Chefs menus and a bit of a star dish at the Raby Hunt. 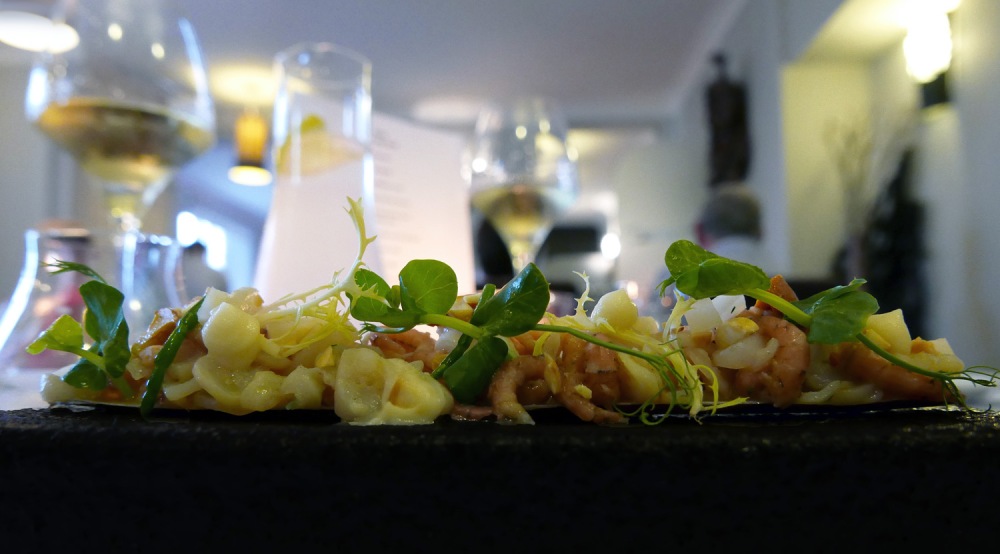 SUMMER SALAD  – The highlight of the dinner for me. A Garden salad consisting of the freshest flowers , herbs , leaves and vegetables. Thanks to the UK`s number 1 gardener , the legendary Ken Holland….My God , the man gets everywhere.

SQUAB PIGEON, HEN OF THE WOODS 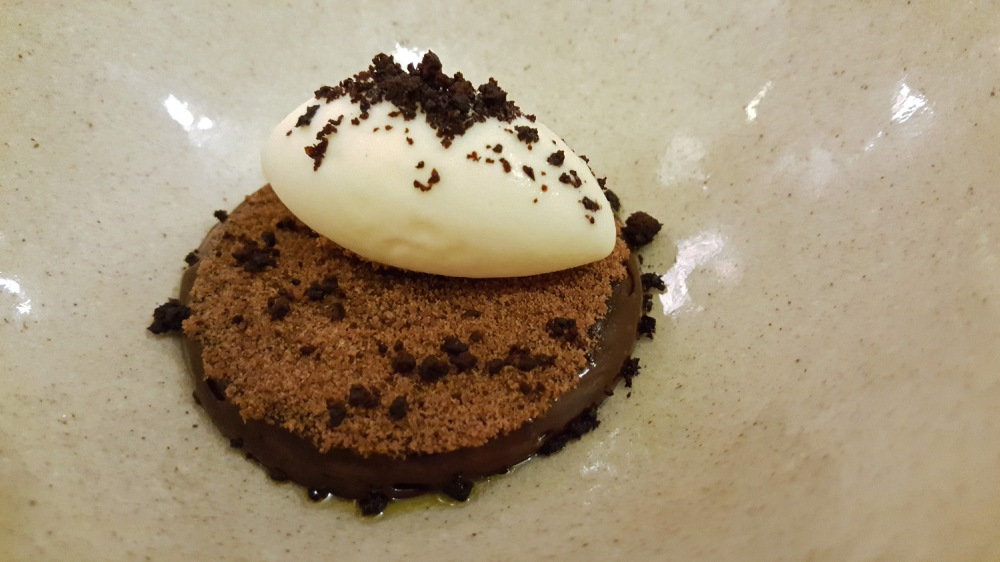 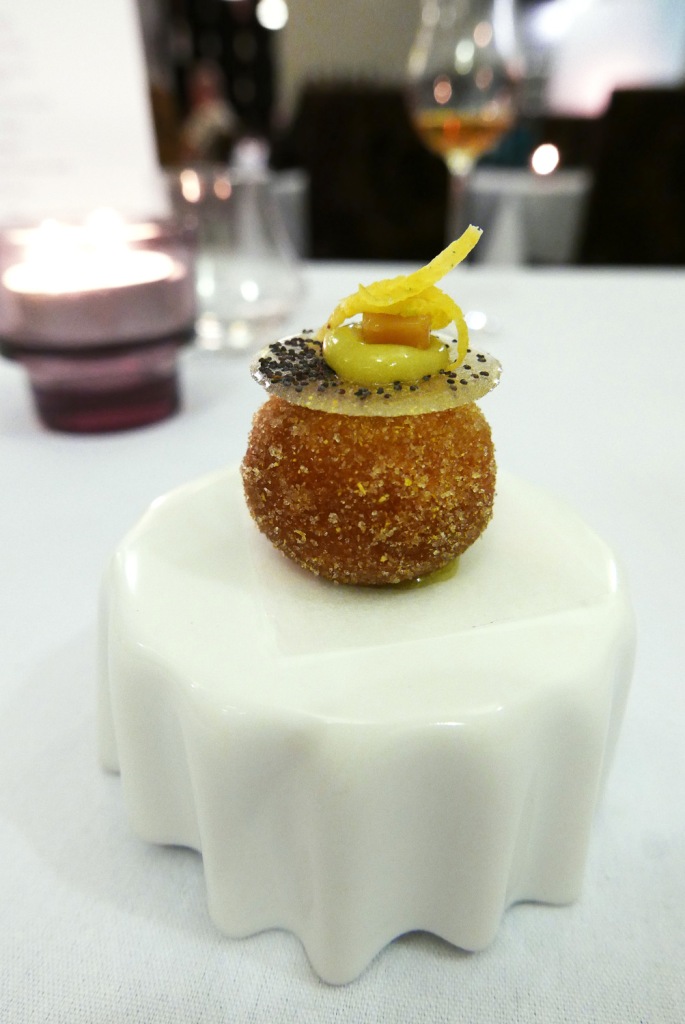 SKULL – This was an amazing little one bite treat. Filled with a semi liquid Lemon Caramel. I mentioned to Chef that these should definitely go into production. I can just see these wicked delights sitting in classic black boxes on the shelves of exclusive food stores. 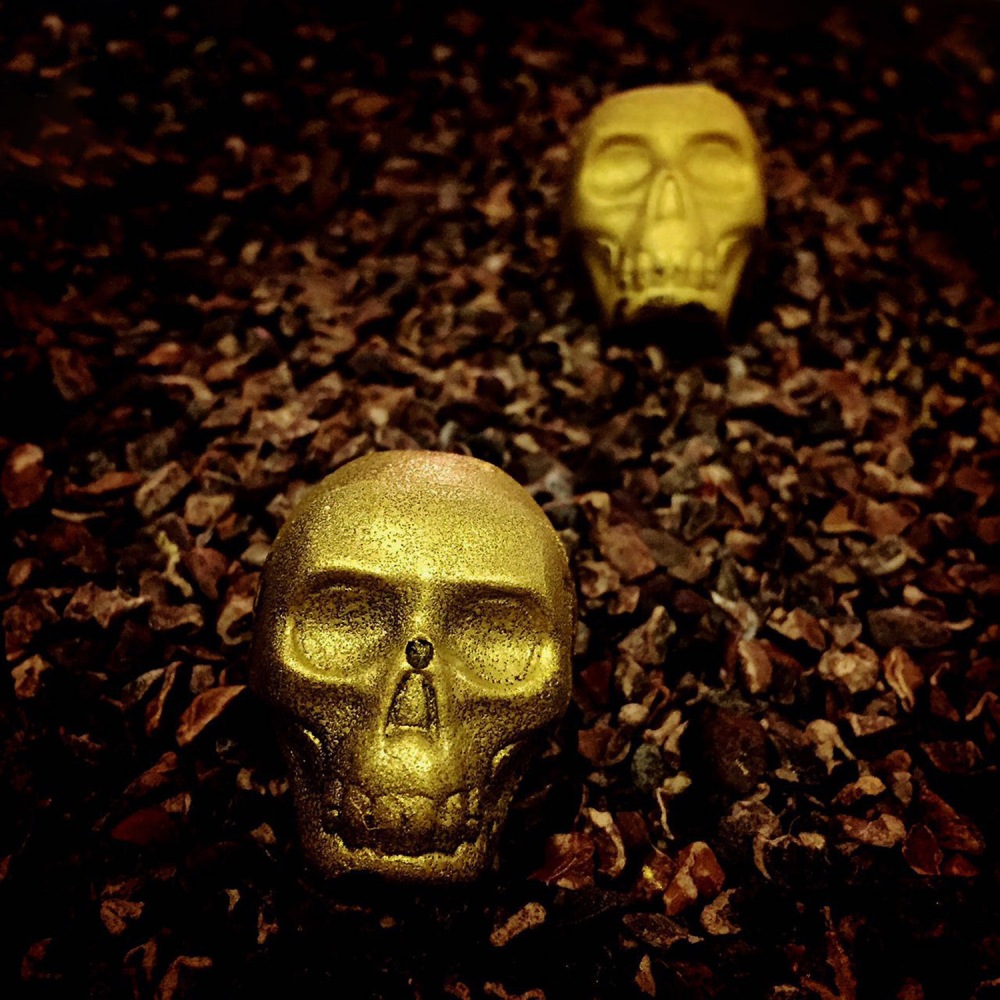 Anyway , to compact it all into a nutshell , Chef James Close did in fact teach himself to cook and to further refine his Pub style Steak n Kidney puddings into Michelin starred fine dining cuisine. All within 6 years he progressed from Golf pro to Pub Chef and then on to one of the UK`s Michelin elite. I experienced James`s cooking , I studied his style closely and with critical eye over every single morsel presented to me that evening and to summarise it all……it was bloody faultless. I wouldn`t have changed one part of any of the dishes , I wouldn’t have tweaked any dish in any way shape or form. I can`t remember the last meal where I have experienced that. For me , the food was perfection for what it was. Simple , uncomplicated dishes comprising of  3 or 4 well sourced prime ingredients which were married up very well and then perfectly cooked. Hats off to James Close if he can reach that standard within 6 years.The future is definitely very bright.

TO VIEW MORE PHOTOS OF THE FOOD PLEASE CLICK HERE. 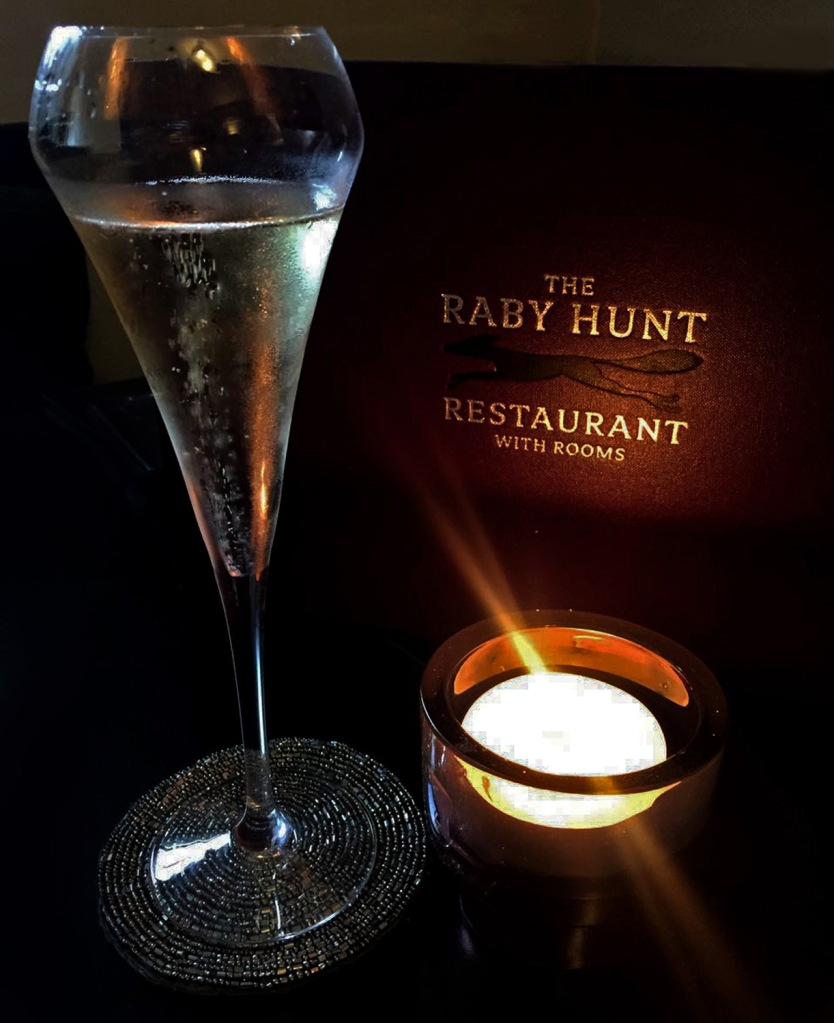